Two new Diversified Financial offerings listing on the ASX have the potential to shake things up for money lenders in both the consumer and commercial space. The companies are Directmoney (DM1) – a Peer to Peer (P2P) lender with a twist; and zipMoney (ZML) – a unique online credit provider for consumers and businesses. Both are prime examples of one of the hot long-term trends in technology – FinTech, or financial technology. FinTech companies are disrupting traditional financial services with the use of software and online platforms. In truth, disruptive activity in financial services pre-dates the Internet and the extensive use of sophisticated financial software. Dealing with traditional banks for […] Australian banks have snubbed Apple in favour of Google as six declared on Tuesday they will go with Android Pay in the first half of 2016, while Apple is salvaging its bid to grab a share of the banks’ dwindling merchant card fees. The deal with Google, announced in a blog post by director, product management Pali Bhat, will mean Australia becomes the second country where Android Pay will be rolled out after it was launched in the US in May. ANZ Bank, Westpac – and its subsidiaries Bank of Melbourne, Bank of South Australia and St George – Bendigo and Adelaide Bank, ING DIRECT, Macquarie Bank and Cuscal, which […]

Apple is struggling to persuade the big four banks to sign up for its Apple Pay mobile payment system, people familiar with the matter say, as the technology giant works from an unfamiliar negotiating position: weakness, not strength. Apple rolled out the service in Australia last month with support for payment cards issued directly by American Express. The move is part of the iPhone supplier’s global drive to extend its mobile consumer electronics prowess into financial services, with a China launch expected soon. But the firm has yet to strike a deal with any of the big four – ANZ, National Australia Bank, Commonwealth Bank and Westpac. That sets it […] 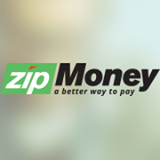 How fintech lender zipMoney boosted retail sales by 20 per cent

With $10 million worth of loans already allotted and having recently listed on the ASX, the innovative consumer finance company, zipMoney, appears to be taking the retail industry by storm. Distributing finance through more than 200 retailers and merchants, the fintech lender provides customers with access to loans of up to $2000 via a simple smart phone application within minutes. zipMoney CEO, Larry Diamond, said “there are two million small businesses around Australia and most are locked out of consumer purchase financing.” By taking the benefits of a credit facility without the burden, some of zipMoney’s users have reported increases in sales of up to 20 per cent. Source: How […] Money20/20 is the hottest fintech event on the planet. Since launching in 2012 it has grown more than 500% to become the veritable ‘Burning Man’ of financial services and payments, where the world’s biggest players and startups collide on the edge of the Nevada desert. For three days Las Vegas is transformed into “Fin City” as CEOs, founders, developers and venture capitalists rub shoulders, sign deals, size up competitors and scope out new technologies all while trying to catch the latest trends in fintech. Read more below: Source: Growth – Fintech and loathing in Las Vegas: PromisePay’s journey to the world’s biggest fintech show 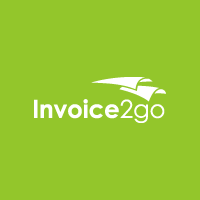 Invoice2go gets $15M to compete more directly with Square and PayPal

Since 2002, Invoice2go has provided small businesses with one tool—a simple way to create an invoice and send it to clients. Now, with $15 million in new funding, the company is preparing to expand more deeply into the small business product territory. Today, Invoice2go is partnering with Stripe to allow invoice recipients to pay their bills through its platform. With this integration, Invoice2go joins the growing number of companies dedicated to building out services for small businesses. It also puts Invoice2go more closely in competition with Square, PayPal, QuickBooks, and FreshBooks — all of which offer invoicing as a feature in their overall back office ecosystem. Invoice2go got its start […] Getting paid instantly by quoting a mobile number or email address will soon be possible. Big-bank-owned BPay will bury the need to memorise bank account numbers and allow people and businesses to pay each other with mobile numbers, emails or ABNs via the first payment service to be offered on the $1 billion New Payment Platform (NPP) being built by banks, payment companies and the Reserve Bank. The move echoes the plans of the failed MAMBO (Me At My Bank Online) project run by the big four banks and BPay that had a similar plan but collapsed after NAB and ANZ pulled out over fears some banks would get a […] 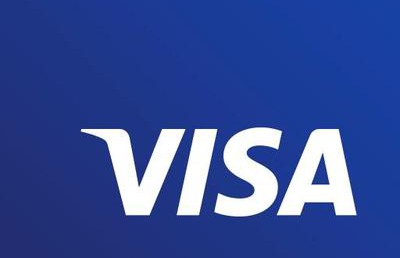 NAB does 10-year deal with Visa amid banks’ Apple battle

As the battle between tech giants, card companies and banks for a slice of their substantial unsecured lending profits heats up, NAB has announced a decade-long deal with Visa on new payment innovations. Source: NAB does 10-year deal with Visa amid banks’ Apple battle