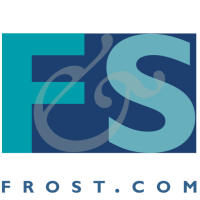 Following the global financial crisis, in 2008, for reasons motivated by
stability rather than customer satisfaction, consumers flocked to the ‘Big
Four’ who benefited by recovering market share previously lost to the
smaller financial institutions. While the Big Four are more dominant than
ever, future bank profitability is more dependent than ever on innovation.

Audrey William, Head of Research, ICT Practice, Frost & Sullivan Australia
& New Zealand says, “This disruption should be of serious concern to the
Australian financial services sector. While Fintech will not end
traditional financial services, Australian Fintech is in the development
stage of the business cycle and already the Fintech start-up space has
grown rapidly in Australia.” Frost & Sullivan believes that the Big Four
banks must react or face a large dent in future profit growth. The decline
in return on equity will continue with the disruption from the Fintech
sector.”

Fintech has decentralised financial power and provided new dynamic new
solutions to old problems. The Fintech disruption is changing historical
trends and offering products that offer stability in a new and innovative
way and at a lower cost than the Big Four banks. “Frost & Sullivan believes
that the inertia and stability of the Big Four banks is more a weakness
than strength, and will be increasingly exposed as such without a clear
strategy to decentralise the existing suite of banking products,” added
William.

Saranga Sudarshan, Research Analyst, ICT Practice, Frost & Sullivan
Australia & New Zealand says that out of the Big Four banks, Westpac
Banking Corporation (WBC) is the most engaged with new technologies to
combat Fintech disruption. “WBC opened an innovation lab in September 2014
and has already invested AUD50 million in companies throughout the Fintech
sector, with blockchain trials and mobile payments through its partnership
with Android Pay to begin in 2016,” he said.

The Commonwealth Bank of Australia (CBA) comes in second after WBC in its
likelihood to succeed with its engagement with the Fintech Sector. As the
bank with the highest market capitalisation, CBA has the most to lose from
the disruption of the Fintech Sector. Added Saranga, “CBA already started
trialling blockchain technology with its subsidiaries at the end of 2015;
a revolutionary step in the transformation of the banking sector, and has
set up two “Innovation Labs” designed to research Artificial Intelligence
(AI) and Machine Learning Systems with a third lab planned in London in
2016. The internationalisation of technological research is a key element
of CBA’s strategy into the future.”

Although WBC and CBA compete with two different innovation models; they
have both committed early resources to engaging with Fintech. Whilst NAB
and ANZ have developed strong engagement strategies, they have been late in
committing resources compared to WBC and CBA. The future growth of the
Australian Fintech sector will depend on how much the government chooses to
favour the Big Four banks and keep the financial sector regulated against
market volatility.