PromisePay to propel payments for Airtasker start-up | The Australian 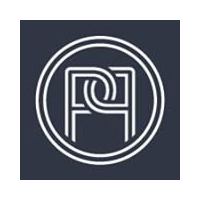 PromisePay to propel payments for Airtasker start-up | The Australian

PromisePay, which recently secured funding from Westpac’s Reinventure Fund, as well as 99 designs co-founder Mark Harbottle, Australian venture capital firm Rampersand and US fintech venture capitalists Cultivation Capital, works with marketplaces and on-demand platforms in the US and Australia to manage their payment requirements.

“We’re paying the service person directly and they’re the person that actually takes the credit card transaction, not Airtasker, and Airtasker receives a fee as part of that transaction.”

Source: PromisePay to propel payments for Airtasker start-up | The Australian

INDX.GURU is the latest fintech startup looking to decode the stock market and be a champion for everyday investors

Fintech 100 is looking for the next global fintech innovators