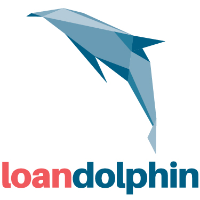 Today, a few months after co-founding LoanDolphin with Rod Dutra in February, Mednis says the start-up has distributed more than $50 million of mortgages on its online auction platform, building on the fintech sector’s assault on the $1.5 trillion home loan market.

“The mortgage space is a massive market so if you can crack it then that’s obviously a great space to be in,” says Toby Heap, a founding partner at H2 Ventures, which has invested $100,000 in LoanDolphin.

“What we really liked about LoanDolphin is they’re tackling it from a pretty fresh perspective.”

LoanDolphin operates an online platform where customers can freely enter their basic details and priorities to create an auction for banks and mortgage brokers to fight for their business. Most major lenders are on the platform.It makes money by charging an “introduction fee” of 22 basis points of a settled mortgage.

The fee is lower than the typical 60-basis point upfront commissions brokers receive from banks, indicating LoanDolphin could be particularly disruptive to the former.

But Mr Mendis said brokers had actually been more “aggressive” on the platform than banks, which appear to still be assessing the opportunity. He said brokers, which originated half of all home loans, were keen to form ongoing customer relationships however they could.

“We haven’t reinvented the model … we are optimising the existing channels,” he said. “In a way, it’s the next phase of what the mortgage market will look like.”

While fintech, or financial technology, companies have mostly targeted the banks’ grip on payments and unsecured lending — like personal loans and small businesses — more are trying to get a piece of the mortgage market.

Fellow online mortgage finance platform Dfinanz began last year, while another, Uno, launched last month and is targeting “hundreds of millions of dollars” worth of loans in the next 12 months.

“Competition is great because that will create more engagement with consumers, a bigger market for fintechs,” said Mr Mendis when asked about his rivals, which operate different business models.