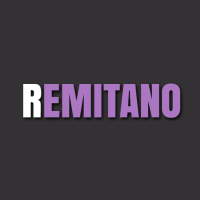 Remitano, a Vietnamese platform that helps people trade bitcoin quickly and securely, has expanded its services across the English speaking world and also to China and Cambodia.

Formerly only available in Asia, Remitano is making its platform available across the globe. The company is targeting an audience of bitcoin exchangers, investors, and those seeking remittance services, starting with Asian countries – including Vietnam, Malaysia, Cambodia as well as China.

“Our new platform will help bring bitcoin to everyone, by means of preventing fraud and scamming among the bitcoin community,” explains CEO and co-founder Dung Huynh. “Bitcoin fraud is a problem that is deterring people from partaking in this exciting market, hampering its overall potential. At Remitano, we want to fix that.”

Bitcoin is a form of digital currency that is created and held electronically. Encryption techniques are used to regulate the generation of units of bitcoin and verify the transfer of funds, operating independently of a central bank, such as the Federal Reserve. Unlike dollars or euros, bitcoin is decentralized, meaning that it operates independently of governments.

“No one controls bitcoin because they aren’t printed,” Huynh explains. “Instead, bitcoins are produced by people, and increasingly businesses, running computers all around the world, using software that solves mathematical problems.”

Bitcoins themselves are ‘mined’ and protocol means there can only ever be 21 million bitcoins created, which can be broken down into smaller constituent parts.

Unfortunately, fraud and scamming is proving to be an increasingly big problem for bitcoin. Fake exchanges, fraudulent bitcoin ‘wallets’ – which simply allow malware into your computer – phishing and ponzi-schemes are all things that would be bitcoin traders need to look out for on a daily basis. Just last year Texan man Trendon Shavers was sentenced to 18 months in jail after being convicted of running a bitcoin ponzi-scheme worth $1.23 million.

“As with non-digital currency, bitcoin is also susceptible to fraud,” Huynh continues. “There exist all manner of clever, criminal schemes to defraud would be bitcoin traders of their money. At Remitano, we want to see bitcoin succeed.”

Remitano is wholly committed to preventing fraudsters and scam artists from being successful and derailing what is one of the most exciting digital developments of the twenty-first century.