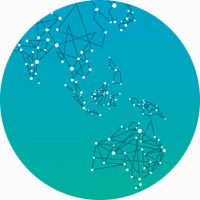 Deals Up, Dollars Down

Notably, the region saw its first Series D funding for fintech companies when 2C2P, a merchant payment platform based in Bangkok, Thailand, raised $8M in a Series D near the end of the year.

The biggest deal of the year for Southeast Asia? Momo, a mobile payments platform, led the pack with a Series B funding round that came in at $28 million. The Momo funding round saw the participation of big name investors Goldman Sachs and Standard Chartered. Payments have been a hot sector in the past 12 months. Players like Alibaba have become more acquisitive as they look to expand their reach in other regions.

As for the most active country, Singapore topped the list – something that should come as no surprise. The country has been loudly proclaiming its interest in dominating Fintech in Southeast Asia – if not the entire world. Singapore hoovered up 52% of the Fintech deals in 2016. The island nation was followed by the Philippines, a country that captured just 14% of the Fintech investment activity.

VC firm East Ventures led the group of most active investors followed by 500 Startups and Golden Gate Ventures. Investing in Fintech is really a global activity with venture firms kicking the tires of companies around the world more intent on uncovering promising technology and regional potential.