Why these giant Chinese companies could destroy Australia’s fintech ambitions

Fintech companies are some of the hottest startups around right now. Incredibly, more than 20 are now valued over $US1 billion. Australian credit reference fintech, Veda, might get bought for $2.2 billion. The possibilities offered by fintech are enormous. Mobile payments, payment terminals, smart contracts, smart bonds, P2P lending and crowdsourcing are all examples of new technologies that pose a risk to core services provided by the financial establishment. This is why they want in. According to some, Australia has the potential to be a leader in the sector. Australian super funds are investing heavily, with First State Super launching its own venture capital platform just weeks after putting $110 […]

The launch for fintech hub Stone & Chalk was oversubscribed. By 7pm, 500 people had descended on the party, donning coloured T-shirts to signal where they belonged. Red T-shirts designated institutional sponsors, green was for resident start-ups, charcoal for friends, blue for government and pink for media (funny). The happiest people wore green. The 120 residents from 41 start-ups who had won the chance to work on a floor of the AMP Centre, found themselves regaled by bank chiefs, politicians, venture capitalists, accountancy heads, lobbyists and each other. The biggest boast was: “I used to be a banker.” And it was said by those in green, who hoped to disrupt […] 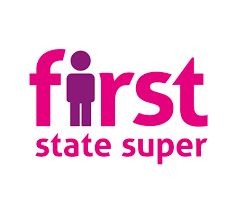 First State Super chief investment officer Richard Brandweiner spoke about his fund’s continuing investment in venture capital at the H2 Ventures Fintech Expo in Sydney yesterday. The $52 billion super fund announced a $110 million investment in technology venture capital firm Blackbird Ventures in September 2015 alongside Hostplus, which made a smaller contribution. Mr Brandweiner said he wants to build out a venture capital platform “triangle” within First State Super’s portfolio, with broad technology, fintech and ‘bio sciences’ at the corners. “Broad tech is the biggest area; fintech has great relevance for us as a retail financial services provider; and a large part of our membership is in the health […] This is certainly great news for the Australian tech start-up industry. It also shows great faith in what is to come out of the Australian tech sector in the coming years. Leading entrepreneurs and two major superannuation funds will combine forces to launch Australia’s biggest-ever technology start-up venture capital fund, with more than $200 million set aside to back growing companies. The new fund will be managed by Blackbird Ventures and has been backed by 96 technology entrepreneurs including Atlassian co-founder Mike Cannon-Brookes, as well as two major superannuation funds, First State Super and Hostplus Super. It will target tech companies that would previously have headed overseas in search of […] ANZ has hit back at suggestions that banks only innovate for short-term gains, declaring other industries should be worried about being put out of business by the banking sector. Meanwhile, Westpac chief Brian Hartzer said it was actually important for banks to not get too “mesmerised” by innovation and “inventing cool new stuff”, remembering that customers were at the heart of banking. Last week, Danny Gilligan, managing director of Reinventure Group, said banks and other financial services players would struggle to battle disruptive “fintech” start-ups because their pay packets and investment policies were short-term focused. Source: ANZ vows to take fight to fintech start-ups | The Australian 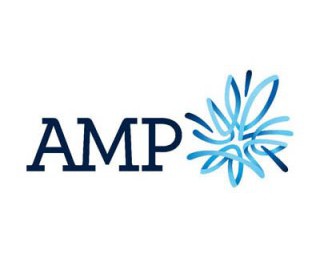 Here is yet another article on a well-established financial institution investing in some fantastic Australian FinTech companies like Macrovue and MoneyBrilliant. It seems the ‘sleepy giants’ of the Australian finance industry are starting to wake up and realise the importance and positive effect that Australian FinTech companies are having and going to have on the market. AMP has taken equity stakes in Macrovue and MoneyBrilliant, two fintech start-ups that the wealth giant believes will help it expand its offering to self-managed superannuation funds and win new clients for its network of financial advisers. The deals are the first by AMP New Ventures, a specialist unit quietly established last year, which […]