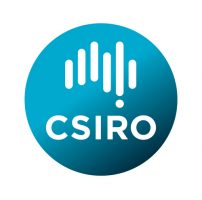 Announced as part of the 2016 federal budget, the government will be encouraging its agencies as well as private companies to explore blockchain technology.

“The Government will encourage the exploration of Blockchain technology, including through a study and pilot testing by the CSIRO’s Data61,” it said in the budget.

“The benefits of this technology could be profound — extending right across our economy. We are looking to position Australia as a leading global player in this exciting new area,” treasurer Scott Morrison added.

New changes to the GST will also make sure that consumers are no longer double taxed when using digital currencies such as bitcoin.

“This moves us a step closer to delivering this important change that will ensure that consumers are no longer ‘double taxed’ when using digital currencies such as Bitcoin to buy goods and services already subject to GST,” said Morrison.

Blockchain technology is a peer-to-peer protocol which has been popularised through bitcoin. It works by using a distributed database of records, with multiple pieces of infrastructure that protect against a single point of intrusion. The blockchain is able to serve as a public and constantly updated record of every transaction through the system that can’t be tampered with.