A global tech company founded by Skype’s first employee and valued at $1.1 billion will set up shop in Sydney as it looks to strengthen its footing in the Asia-Pacific region. TransferWise CEO and co-founder Taavet Hinrikus says the rapid take-up of their international money transfers platform in Australia prompted them to expand down under. “Sydney is a great city and we’re looking forward to becoming part of the tech community,” he says. “Since launching TransferWise here, it’s become one of our fastest-growing routes.” New South Wales minister for trade Stuart Ayres says the government has been actively driving efforts to attract fast growing companies to the state in 10 […] 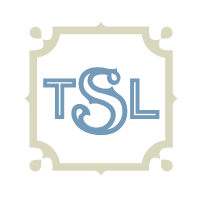 How incubators are empowering fintech startups

Of all the technological innovations taking the world by storm, fintech has certainly been one of the most prolific. Hundreds of new startups are entering the space, offering products including everything from lending to more specialised fare. Older, more experienced bankers and financial experts leaving their industries have created many of these startups. But just as many have started through young up-and-comers – and they’ve needed a little helping hand along the way. This is one of the reasons incubators and accelerators have been such a key part of the fintech industry. All over the world, fintech businesses have been flocking to incubators in droves. In the United States, the […] A delegation of a dozen entrepreneurs from three of China’s most promising fintech startups have arrived in Sydney for a three-month residency at Stone & Chalk, where they will help educate Australian startups on launching into China while using mentoring from the hub as a bridge for their own expansion into other Western markets. In a sign of closer fintech trade ties between Australia and China, Stone & Chalk on Wednesday launched its Fintech Asia incubation exchange, which it describes as the first cross-border fintech incubator between Australia and Asia. The Commonwealth and NSW governments have funded the flights and accommodation for the 12 staff of the three startups, who […] Ernst & Young (EY) has today announced a corporate partnership with Sydney fintech hub Stone & Chalk. The aim of the partnership is to provide professional advice, support and experience to Stone & Chalk’s startup members. EY’s fintech leader for Australia Anita Kimber explained the importance of getting involved with the fintech community at a grassroots level. “There are obvious synergies in linking innovative fintech startups with larger corporates, particularly given the appetite for new partnerships and M&A,” she said. “There is a massive opportunity here for Australian fintech entrepreneurs to be at the forefront of this trend, but they need access to global markets to reach their next stage […] KPMG Australia today launched mLabs, an accelerator to connect credit unions and mutual banks with some of Australia’s most promising fintech startups. The program follows the successful Energise accelerator run for the energy and natural resources sector last year. The program will initially be used by seven Australian mutual banks and credit unions: Beyond Bank, CUA, Greater Bank, Heritage, IMB Bank, Police Bank and Teachers Mutual Bank. The KPMG Mutuals Review 2015 found that mutuals are well placed to implement new technologies and ideas and to collaborate with fintech startups. “KPMG mLabs is designed to catalyse this process,” says James Mabbott, head of KPMG innovate. “It will be a platform […] 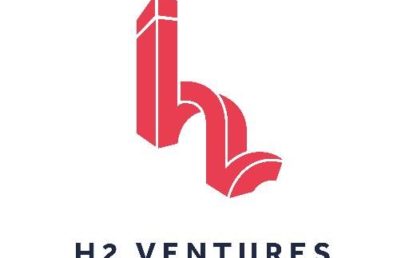 H2 Ventures Fintech Expo 2016 H2 Ventures are hosting its third annual Fintech Expo, an opportunity to hear from some of the most talked about and exciting Fintech companies in Australia. Tuesday 19th of July 2016 Get your tickets here: http://h2vfintechexpo.eventbrite.com.au/   Save Save Valiant, member of FINTECH incubator Stone & Chalk will announce today an official partnership with the Yellow Brick Road Group (Yellow Brick Road and Vow Financial) at the Commercial Conference at The Sheraton Mirage Gold Coast. The partnership grants the Group exclusive partnership access to Valiant’s business loan marketplace platform and its range of non-bank small business lending solutions.   Immediately, the Valiant marketplace solves the broker network’s concerns with sourcing, comparing, and securing funding for traditionally hard to finance SMB customers. Alex Molloy, Managing Director of Valiant: “The challenge for brokers is that serving customers in the short term funding space takes an unbalanced amount of time – and for hard to fund customers, […]