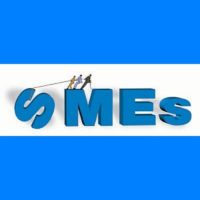 Online lenders perform an important role by lending to thousands of SMEs that would otherwise struggle to attract support from a bank. I am a big supporter of this sector but am concerned that many SMEs don’t understand what they are getting themselves into when they borrow from some lenders that could be more accurately described as SME payday lenders to SMEs.

These concerns together with suggestions as to how the interest of SMEs could be better safeguarded were summarised in this recent article in Fairfax Media. The full version follows:

Its not until they have repaid the loan that cash strapped, time poor and financially inexperienced borrowers finally work out how much they have actually paid in fees and charges to some online lenders. You need to have a very good business to make a profit while paying up to and even beyond 100 per cent but this is what many unsuspecting SME borrowers find themselves up for.

Perversely, the lenders charging the highest rates are able to grow their businesses the fastest. By charging higher rates, these lenders can afford to:

Lenders that have achieved rapid growth are seen as more credible which attracts partners, investors, introducers, media as well as borrowers. Meanwhile the lenders that charge more reasonable rates face the prospect of being left behind. These players tend to be smaller, newer and have lower profiles. They are professionally and financially committed and are passionate about the role the industry can play in helping small business owners achieve their goals.

The SME online lending market is already crowded with more than 25 operators all with similar websites offering quick and easy solutions to the financing needs of small business owners. But with some of the lenders it’s not easy for a borrower to readily answer three simple yet critical questions:

For instance, if it’s going to take time for the benefits of a new investment to kick in, a loan that requires you to commence principal repayments on day one may only exacerbate your cash position.

And the way many loan agreements are structured and worded makes it difficult to work out the total cost of borrowing which in turn means it’s nigh on impossible to tell if another lender would offer a better deal. In such circumstances the natural tendency is to go with the recognised name or the one that your broker or advisor recommends and these are often one and the same.

The lenders we are talking about here are online balance sheet lenders that fund loans off their own balance sheet using a combination of debt and equity just like any other business. This is not an issue with Peer to Peer platforms because here the rates paid by borrowers are largely determined by what third party investors are prepared to offer so P2P rates are much more transparent. Borrowers on P2P platforms just need to be sure they understand what fees they pay (up front and on-going) to the platform.

It seems some online lenders exhibit the same skewed priorities they criticize banks for – purporting to look after the little people but in reality looking after themselves at the expense of the little people. Yet poor bank behaviour is much more likely to be exposed because banks are highly regulated public companies whose actions are closely scrutinized by regulators, ratings agencies, analysts, the media, politicians and possibly also in the not too distant future by a Royal Commission. Plus there is a degree of self-regulation for example the Australian Bankers Association‘s Better Banking Program that is being lead by reputable and independent third parties. The same cannot be said for the online lending sector where unlisted, unscrutinised and largely unregulated relatively new businesses are all seeking to stake their claim in the huge SME borrowing space.

This is a nascent market and in time borrowers and introducers will become better informed about the merits of alternative offerings.

So what could and should be done to safeguard the interests of SMEs? Should they be afforded similar protection as consumers or should we just refer to “caveat emptor” and allow market forces to shape the sector over time?

It’s a balancing act but both regulators and industry participants should do more to safeguard the interests of borrowers and build the reputation of online lending as a reliable and trustworthy alternative source of finance. For instance it would be easier for borrowers to gain confidence regarding the total cost of borrowing if:

In addition borrowers should be informed of any payments made to brokers and introducers and any other relationship or arrangement with parties such as shareholders, investors, lenders, partners etc. that could compromise the ability of the lender to act in the best interests of the SME borrower.

The way we are heading it is only a matter of time before a scandal takes place and this will trigger the intervention of bodies including ASIC and the ACCC.

Meanwhile, lenders themselves need to take responsibility for the future of their industry. Progress has been slow to date notwithstanding the endeavours of some, one of whom described the process of getting the players to come together as “like herding cats”.

Individually and collectively online lenders have an opportunity, indeed a responsibility, to improve the financial literacy of small business owners. Transparency is a word that is bandied around a lot in online lending but lenders that only quote daily repayments, advertise rates that are only available to the very best quality borrowers or hand-cuff borrowers in with `lock-in fees are the antithesis of transparent and responsible. Online lenders should also publish details of their loan book such as rates, size, credit quality, term, amount, defaults, enquiry and acceptance rates etc. Some are already doing this to varying degrees but it needs to become the norm not the exception.

External research companies like DFA Analytics, DBM, East & Partners and RFi have started covering the sector. Comparison sites like Finder and Mozo offer basic information but usually couched in terms of “rates starting from…” which really isn’t that much help. Review sites like Trust Pilot offer a platform for borrowers to share their experiences. Interestingly, currently there are more online lenders who don’t use Trust Pilot than who do use it and amongst the non-users are some of the players who charge the highest rates.

It is telling that Google whose corporate motto is “Don’t be evil” is becoming a quasi industry regulator. It is doing its bit to safeguard Australian consumers by banning advertisements from personal payday lenders for loans in excess of 60 days. In the USA Google has banned advertisements for personal loans with APRs higher than 35 per cent. Google might already be considering the steps it could take to safeguard the interests of SMEs in the USA and around the globe.

The lack of transparency and regulation in the online SME lending market has allowed some high priced lenders to achieve impressive growth rates but at what cost to small business borrowers? In addition, their conduct exposes the entire sector to reputational harm. For online lending to become a trusted, permanent and significant alternative form of SME finance borrowers need to be able to readily tell if the loan they are considering best suits their needs, what its true total cost is and whether they could get a materially better deal elsewhere.

Note: These concerns also apply to the traditional offline non-bank SME finance sector. Many of these lenders have been around for years and charge rates that can be at least as onerous as the most expensive of the online lenders. I recently saw an agreement that bound a small business owner to an APR of 140% on a nine month loan.