Silicon Valley tried to upend Banks. Now it works with them. 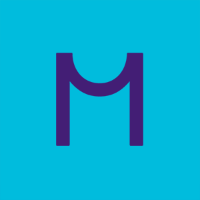 Silicon Valley tried to upend Banks. Now it works with them.

In 2011, Brett King was promoting his book, “Breaking Banks,” and creating a start-up that he hoped would do to the banks what Amazon did to the retail industry and Facebook did to media.

“We had grand ideas of being the Facebook of banking, and being a new form of bank account,” Mr. King said recently.

Six years later, his company, Moven, has opened only 60,000 of those new bank accounts. Mr. King has now transitioned to selling his software to the banks he once scorned, who use it as a component of their mobile apps.

“We realized that if you want millions of users as a bank, it is a very different proposition than building a social media network,” he said.

Silicon Valley has upended a growing number of industries, and it had seemed not too long ago that Wall Street would soon be next. A flurry of financial start-ups rose quickly and grabbed billions of dollars in investments.

Mr. King is just one of the many technology entrepreneurs who have since recently run into the enormous moats that surround and protect the existing financial industry.

The venture capitalists who have invested billions of dollars in this wave of new financial technology — think Venmo and Bitcoin — have been left waiting for a breakout star that actually looks like a threat to even a part of the big banks’ business.

“A lot of people set out saying, ‘We are going to displace the banks,’” said Sheel Mohnot, a venture capitalist at 500 Startups who focuses on financial technology. “We realized along the way that you really have no choice but to work with the banks.”

Source: Silicon Valley Tried to Upend Banks. Now It Works With Them. – The New York Times