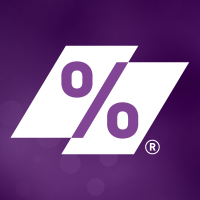 RateSetter, one of the UK’s three biggest peer-to-peer lenders, said on Tuesday it has raised £13 million in equity funding from its existing shareholders.

City fund managers Woodford Investment Management and Artemis were both existing investors and took part in the funding round.

The funding will be put towards launching its new “Innovative Finance ISA,” a new product that will allow consumers to hold peer-to-peer loans in an ISA.

RateSetter plans to launch the product once it receives full authorisation from the Financial Conduct Authority. RateSetter is the last of the UK’s “Big 3” peer-to-peer lenders waiting for sign-off from the City watchdog.

Founded in 2010, RateSetter allows ordinary people to invest their money by lending it directly to other consumers at attractive rates. By doing this it cuts out banks, which traditionally sit in the middle of the two parties. While the lender takes on a greater amount of risk, they can potentially earn a higher return. The company, which also has an Australian subsidiary, has over 300,000 active lenders and investors on its platform.

RateSetter says the new funding round values RateSetter at “over £200 million,” but doesn’t give a specific figure. The company has raised over £40 million to date and lent £1.9 billion over its platform since launch.