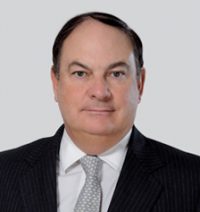 The chairman of global insurance giant Prudential is joining to board of online lender RateSetter as non-executive chairman.

Paul Manduca will join the board of the peer-to-peer lender in June and will become chair on July 17 when current chairman Alan Hughes’ three-year term expires.

The appointment represents a coup for RateSetter. Manduca is a well-established figure in the City, as the founding CEO of Threadneedle Asset Management, and the former CEO of Rothschild Asset Management and Deutsche Asset Management. As well as chairing Prudential, he currently chairs the Advisory Council of influential lobby group TheCityUK.

The appointment of a veteran of public markets will likely fuel speculation that RateSetter could soon look to list on the stock market. Manduca says in a statement announcing his appointment that he “look[s] forward to helping the company embark on this new phase in its development.”

RateSetter, founded in 2010, is one of the UK’s three big peer-to-peer lenders. Its platform connects consumers looking to borrow money online with savers who want to lend their money out at attractive rates of return. By connecting the two, RateSetter cuts out banks and other middlemen who have traditionally sat in between.

Close to £2 billion has been lent over RateSetter’s platform since launch and it has over 300,000 active investors and borrowers on its platform.