P2P lifts in popularity amid miserable year for banks 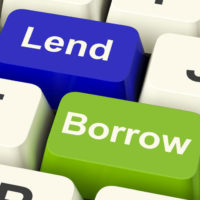 P2P lifts in popularity amid miserable year for banks

With deposit rates at low levels and the local share market still choppy, peer-to-peer lending has become an interesting alternative for Australian investors over the last few years.

But some cracks in the model appeared in the US recently when one of the biggest peer-to-peer platforms was caught up in a scandal that it is now scrambling to fix, offering a warning for the Australian industry about the importance of transparency.

LendingClub had been seen as one of the leading lights of this space in the US, amid a range of players that use technology to match investors with borrowers, cutting out the overheads incurred by banks and aiming to offer a better deal to both sides of the transaction.

Hopes were high when LendingClub floated on the New York Stock Exchange in late 2014 and soared 56 per cent on debut. The shares quickly peaked above $US25, before sliding gradually over the next year and a half to around $US5.49 now.

The company suprised both its lenders and equity investors in May by admitting it had sold $US22 million of loans to a lender that contravened the lender’s instructions — and had changed some internal loan data in the process. Then chief executive and chairman Renaud Laplanche resigned after an internal investigation into the sale.

This week’s second quarter results showed the fallout the company faced, as well as its efforts to try to rebuild trust.

LendingClub widened its loss sharply to $US81m, from $US4m the same time last year. The result came as nervous large investors — particularly banks — hesitated to lend more money on the platform, questioning whether they could continue to trust the company’s processes.

The total number of new loans fell in the June quarter compared to the March quarter, and only rose marginally compared to a year earlier. The company let go of about 12 per cent of its staff to cut costs in response to the lower volumes.

In the same report, LendingClub announced the resignation of chief financial officer Carrie Dolan, offering assurances that the departure had been in train for months and the board had asked her to stay on to navigate the rocky period.

The company is trying to win investors back. It has started offering cash incentives that make lenders’ rate of return seem more attractive, and has said that it if this doesn’t work it will consider offering equity stakes in exchange for money lent on the platform in order to lure lenders.

A focus on transparency has been another key part of the push to rebuild trust. This quarter’s report was more detailed than usual, noticed Peter Renton, the Sydney-born and Colorado-based founder of industry news website Lend Academy and the LendIt conference, who has been watching the peer-to-peer lending industry since its early days in 2008.

“The data in the quarterly was more data than we’ve ever received before,” Mr Renton told The Weekend Australian. “They have been very open.”

LendingClub and its peers now know that they can’t get away with saying, “It’ll be right,” particularly when speaking to large investors, he says, adding that these companies used to see compliance as a cost but now see it as a sales tool to attract lenders.

Meanwhile, a smaller US-listed marketplace lender On Deck Capital reported a brighter result in the same week. On Deck also reported a loss, but the volume of new loans it issued rose substantially compared to the same time last year.

As the different players in the industry diverge in terms of performance, some consolidation could be on the cards. Many start-ups in the US are finding it harder to raise fresh funding this year than last, as venture capital investors tighten their belts and look for profitability as well as growth. “It’s going to take a while for entrepreneurs running these platforms to realise they can’t raise new money at the valuation you want,” Mr Renton says. “They will run out of cash and they will be sold.”

Another likely outcome is more partnerships between financial technology start-ups and banks or other institutions. On Deck already has a partnership with the largest American bank, JP Morgan, to offer loans to small businesses, and Goldman Sachs is working on an online consumer lending business called Mosaic.

Mr Renton expects more of a shake out like this in the near term in the US peer-to-peer lending market, which is more developed, than among the younger Australian operators, which could take longer. But with the tech boom cooling and other Australian fintechs already partnering with institutions — think roboadviser Clover with super fund Equip Super or peer-to-peer lender SocietyOne with Westpac’s Reinventure fund — more deals could be ahead.

Source: P2P lifts in popularity amid miserable year for banks – The Australian