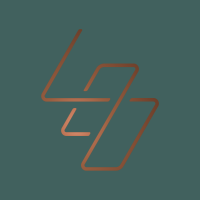 In almost no time, a former hedge-fund manager has built the world’s biggest fintech hub – Lattice80. He is convinced that his strategy will work in other financial markets too, including in Switzerland.

The location is a dream for fintechs, both for entrepreneurs and for visitors: the banking district of Singapore, close to UBS, Deutsche Bank, DBS and OCBC. Lattice80 takes up the best of 3,000 square meters of office space on two floors, providing space for work stations and events alike.

Lattice80During a visit of finews.com at Lattice80, there’s a nice buzz about the place. Since its foundation in November of 2016, Lattice80 has attracted 85 fintech startups to its premises. More have shown an interest, but space is limited so far, says founder and CEO Joe Seunghyun Cho regretfully.

But even with its current limitations, Lattice80 is the biggest fintech hub in the world, started from scratch a little over half a year ago. Cho’s idea evidently is attracting a lot of interest from across the globe. More than 100 countries have been in touch and representatives of Australia and Luxembourg as well as the prime minister of Holland and Switzerland’s Ueli Maurer have visited.

Lattice80 has turned into a force in a fledgling industry that feeds of data, know-how, networking and startups. No surprise then that regulators and bankers are flocking to Cho’s offices to get in touch, be inspired and contact new firms.

How Thailand could become Southeast Asia's next Fintech Hub