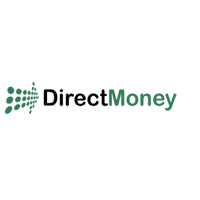 Another strong quarter of loan writing

DirectMoney has written $15.65 million of loans to 810 borrowers with an average interest rate of 12.7% since lending began in October 2014.

As at 31 March 2016 $12.5 million of current loans written by DirectMoney to 689 borrowers were owned by parties including DirectMoney, Macquarie Bank, the DirectMoney Personal Loan Fund and a major shareholder.

DirectMoney continues to manage loan approvals according to strict credit criteria. Four loans of the 431 loans written in FY 2016 have late payments exceeding 30 days. This represents less than 1% of the $9.3 million written.

Chief Executive Officer, Mr Peter Beaumont said: “I am tremendously pleased to report that the DirectMoney team has delivered a record lending month in March 2016 and a ~50% uplift quarter on quarter. Both our direct and broker channels are performing, proven and expanding.

“DirectMoney’s market visibility continues to grow both directly with consumers and through third party channels. The growth opportunity is best highlighted by the fact we have agreements with an initial ~350 accredited brokers out of ~4,500 brokers that are affiliated with our broker aggregator partners. Growing the number of brokers that originate DirectMoney loans is an ongoing focus for our team.

“The loan origination performance in the quarter augurs well for future origination volumes and DirectMoney’s ongoing growth. While loan settlements are pleasing, volumes are still in their infancy. With the necessary infrastructure and technology platform now in place, our team is fully committed to realise our vision of establishing DirectMoney as Australia’s leading marketplace lender”.