How Luxembourg could cash in on Brexit 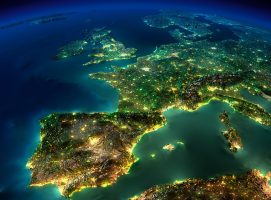 How Luxembourg could cash in on Brexit

Plenty of people have reason to bemoan Britain’s retreat from the European Union. But for others, Brexit could spell opportunity. And perhaps nowhere is that truer than in Luxembourg, with its booming financial center focused on investment funds management services and financial technology, or FinTech, as it’s sometimes called.

The Brexit effect may, in fact, have already begun for the tiny Grand Duchy. In January, Japan’s Rakuten Europe Bank launched its trading activities in Luxembourg. Two Chinese banks — China Everbright Bank and the Shanghai Pudong Development Bank — also have plans to set up shop in this nerve center of asset management in the EU. And in October, Britain’s M&G Investments applied with the CSSF, the financial sector supervisor, for permission to start a fund distribution firm there.

This isn’t to say that companies are stampeding their way into Luxembourg. But there does seem to be renewed international interest in the country as a financial center.

How exactly the Brexit plays out is still very much an open question. But the shifting status of London vis-à-vis the EU will no doubt push some companies toward the continent. Dozens of banks are thought to have already applied for their EU “work permits” with CSSF. And of all the possible landing sites, Luxembourg “is particularly well placed to offer practical solutions,” says Tom Théobald, a deputy-head of Luxembourg for Finance (LFF), a public-private agency that develops Luxembourg’s financial sector.

Luxembourg has also lured startups like Bistamps and Ripple, which handle real-time payments for Bitcoin. The Grand Duchy was the first EU state, in fact, to authorize Bitcoin. The country’s banks are also pioneers of creating “green” debt instruments to finance sustainable investments.

The country is “accessible, open and multicultural,” says Nasir Zubairi, a former financier who in November became CEO of the Luxembourg House of Financial Technology (LHoFT), a FinTech platform set to open a startup incubator in Luxembourg City this year.

A big symbol of the changes here is the Belval site near the French border, where former blast furnaces have been converted into a large innovation hub attracting researchers, students and business people from across the world. Some 30 startups backed by the Technoport incubator can access the resources of the massive, 18-floor Maison du Savoir, which Luxembourg University opened in Belval in 2014. Proximity provides those working here with direct access to French and German markets.

The United Kingdom has its own start-up accelerator under the aegis of the Bank of England, and has created regulations to favor FinTech. Brexit can either hamper its initiatives, or boost them by forcing the UK to integrate further into the European digital market. Brexit does not rule that out.

Luxembourg wants to strengthen its complementary role here, and “must continue to collaborate with the United Kingdom while sustaining FinTech activities in Europe,” says David Diné, media relations project manager at the firm PwC Luxembourg.

Source: How Luxembourg Could Cash In On Brexit | Worldcrunch – The best international journalism. Finally in English.

China primed to push advances in blockchain and 5G development

Everything you need to know about FinTech