Fintech start-ups must ‘unblock the chains that bind them’ 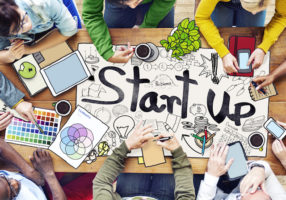 Fintech start-ups must ‘unblock the chains that bind them’

Australia’s fintech start-ups will need to weather the blockchain “hype cycle” if they’re to survive, a panel at Melbourne’s Collab/Collide fintech summit determined.

Emma Weston, chief executive of disruptive agriculture start-up Full Profile, which uses blockchain technology to eliminate risk and inefficiencies in the agricultural supply chain, said commercial use of the technology was still at a nascent level.

“And the role of government and regulators is to create a winning environment for us.”

Blockchain is essentially a shared ledger in which each player in the community contributes and maintains an identical copy.

CoinJar chief executive Asher Tan, who relocated his blockchain-based start-up to London last year, said the marketing narrative around blockchain was strong but there was still a tendency for businesses to choose the tech before understanding the problem, when the reverse should be true. “The power of blockchain is seeing these networks starting to form: the real leverage is bringing networks together and monetising them,” he said.

“Everyone’s still a bit cautious and nobody wants to pay more than the other person. The step now is to get these networks in place and then see if they’ll sustain themselves.”

Sam Lee, chief executive of Melbourne-based consultants Blockchain Global, expects “more craziness ahead” when it comes to the technology: “For Australia, it’s just opening up the dialogue and having the ability to have an honest and frank discussion to structure the future of our industry.

Source: Fintech start-ups must ‘unblock the chains that bind them’ – The Australian

Banks team up with their FinTech competitors