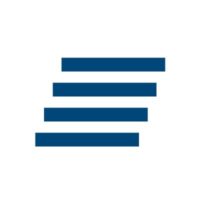 The electronic version of the currency is digitally ‘minted’ as electronically signed coins and banknotes. These can be held on smartphones, computers or storage media. Just like cash, online users can transfer coins and notes between each other via free, instant transactions.

The encryption technology used means that the electronic banknotes can securely circulate over public communication networks, without the risk of theft or counterfeiting.

“Unlike other digital money products, digi.cash is actually minted digital coins and notes that you hold yourself, rather than an interface to an account balance being held elsewhere,” Furche said. “This provides a number of important technology advantages, particularly when transferring or exchanging digital money.”

Chairman Dr David Skellern AO, who co-led the team that invented high speed WiFi in the late 1990s, says digi.cash is the most powerful and sophisticated e-cash tech available in the world today.

“The technology is an extension of the cryptographic protocols developed by David Chaum, who invented digital cash in the 1980s, and led its first implementation in the 1990s when it was way ahead of its time. Two of our founders were involved in that first implementation.,” he said. “The spread of smartphones has, for the first time, made a real digital cash system viable. The technology is very impressive and it is capable of moving us towards the digital money era.”

digi.cash tender is created and transferred as 500 byte long RSA ‘blind signature’ tokens, which allow the payer in a transaction to remain untraceable. Yet, if a user loses their phone, their digi.cash can be restored. Transfers of digi.cash can take place by any means of transferring data, including email, Facebook, Skype, QR code and NFC. For more on the mechanics of digi.cash, see Q&A following.

Institutions including central banks have been speaking publicly about potential future moves to e-currencies for the past 18 months or so. Director Peter Clare, ex-Westpac, said digi.cash could provide the missing link between electronic currency management as it exists today, and the future of money.

“digi.cash is already issuing a number of other national currencies on a trial basis with the ability for users to exchange them directly between each other, and this is when things get exciting,” he said. “With true electronic cash, you can pass any currency directly from one user to another, in real time, as with cash. You can agree exchange rates directly between users.”

digi.cash launched in beta earlier this year and is currently operating under an exemption ruling by the Reserve Bank of Australia, which limits the total funds on issue to $10million. It is applying for the licenses needed to remove this limit, but may also partner with licensed financial institutions upon increased user adoption.

Andreas Furche commented: “It is important for us to develop this technology within existing payments regulation. We want to improve the ability of the regulated payments system to positively compete with unregulated developments, not add to the issues created by developments beyond the reach of national laws.”

Prof. Mike Aitken AM, CEO of the Capital Markets CRC, is already looking at the potential of this technology beyond electronic currencies alone. “There is no reason why we could not issue many other financial securities, including shares, in this way. In turn, that would allow us to create securities exchanges with inherent real-time settlement and no systemic risk.”

digi.cash is available in the App Store and Google Play.

How incubators are empowering fintech startups