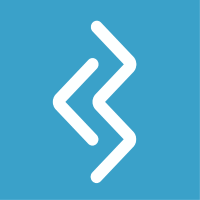 Cashboard, a marketplace for investment products, has raised the sum from Digital Space Ventures, a $50 million (£40.2 million) fintech fund headquartered in Luxembourg. Existing investors Redalpine Capital and Earlybird also to part in the round.

Recent figures showed that investment into German fintech companies outpaced British rivals in the third quarter of the year. UK companies raised $78 million in the third quarter, compared with Germany’s figure of $108 million.German fintech is now on track to attract more investment than British fintech in 2016, according to KPMG and CB Insights, the first time the UK has not been the European fintech capital since the pair began monitoring funding in 2011.

“Germany in the last year, it has moved to be one of the core areas for fintech,” Cashboard CEO Robert Henker told Business Insider.

“Europe, in general, is quite segmented, which means it’s hard for European startups to reach scale compared to the US. With fintech, it’s quite easy in Germany because it’s a good continental market. The legislation, although quite fragmented, is relatively harmonized in Europe.”

Germany’s overtaking of Britain is driven not just by its flourishing fintech sector but also by a post-Brexit vote slowdown in investment in Britain.

Henker said: “All the investors I talk to in the UK say we don’t know clearly the implications of that [Brexit] yet. It is possible that there are also conversations going on regarding Frankfurt, Berlin, and Paris. I think that even if Brexit will come in a way that people don’t want, Frankfurt or Berlin will not be the next London. But what I experience is that UK founders and the UK.

But he added: “I think that even if Brexit will come in a way that people don’t want, Frankfurt or Berlin will not be the next London. But what I experience is that UK founders and the UK fintech scene have learned that the scene in Berlin is quite competitive. You have quite international crowds out here. Second, the living costs are quite low.”

Cashboard is an investment platform that lets people invest their money across a variety of instruments and a variety of providers.

The Next Phase in Fintech