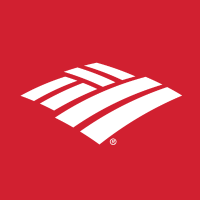 Three new patent applications reveal that the Bank of America has been working on using distributed ledger technology (DLT) to validate the veracity of information – and those who handle it.

First filed in February 2016, the details of the three applications were made available to the public last week by the U.S. Patent and Trademark Office.

One case cites a process for using a blockchain to track and validate user identification. For example, the document details how a distributed database system would be able to update a new user’s identification information, and subsequently store and timestamp additional details as time progresses. Data such as “signatures, physical attributes, or locations of the user are identified,” the application says.

Authentication questions would then be generated based on a timeline, which could also be deployed by a third-party service to enable access for users.

A second patent application advances a design that enables the validation of changes to user identity, allowing the system to update and evolve that information over time.

Concurrently, a more generic patent application was also filed, which, as detailed by the document, is designed to convert unsecured “instruments” through a validation process.

For fintech inspiration, LPL turns to Acorns, not Betterment