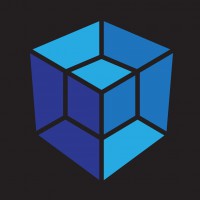 An Australian startup that acts as an intermediary to enable Australians to pay their bills with Bitcoin is now rewarding customers with a first-of-its-kind loyalty program.

Living Room of Satoshi, aptly named after Bitcoin’s pseudonymous creator Satoshi Nakamoto is an Australian blockchain-based payments company that enables its users to settle their bills with bitcoin. Customers can use bitcoin to pay for utilities, home and property rent, school fees, credit card payments and insurance premiums.

Now, the payments company has announced a loyalty program which will reap rewards for Australians who choose to make their payments in bitcoin.

The rewards include the likes of Apple TVs, PlayStation 4 consoles, Fitbit wristbands and even Australian dollars in denominations of $50 and $100 that can be redeemed for points accumulated through the loyalty program.

CEO and co-founder of Living Room of Satoshi, Daniel Alexiuc, sees the rewards program as a novel way to spread bitcoin awareness in the country. Furthermore, users who have been using the company’s services over the past six months will also be rewarded with points retrospectively.