A Siri for Your Finances? Digit Says Trust Me 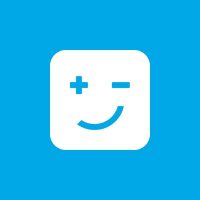 A Siri for Your Finances? Digit Says Trust Me

The fintech startup is working on algorithms to help you manage your money.

Late last year, just in time for Christmas shopping, Rachel Rhoads got a nice surprise. One of her secret savings accounts had grown to $900 behind her back.

Rhoads, a 37-year-old Los Angeles-based sales director for a jewelry line, has an account with Digit, a financial technology company with an algorithm that tracks users’ income and spending patterns. It painlessly spirits small amounts of money out of checking and into a savings account every two or three days.

“I just thought it was such a good idea, to set it and forget it,” said Rhoads, who says she is “like a squirrel” in her approach to saving. Digit sends texts with balance updates, which she largely ignores because “I like to pretend the saving is not happening.”

Getting consumers comfortable with putting their finances on customized autopilot, starting with a simple, no-fee—and no-interest—savings account, is the San Francisco startup’s mission. In two years, its users have saved more than $350 million this way, according to its 31-year-old founder and chief executive officer, Ethan Bloch. When the product moved out of pilot mode, in February 2015, users were saving about $1 million a month; now that’s more than $35 million a month. Digit won’t disclose the size of its user base but says it has tripled from about a year ago.

Digit had a savings bot before bots were cool, or at least before the hype in the financial technology world reached a fever pitch. Its product is simple. An algorithm looks at a user’s average, high, and low checking account balance, when the user is paid, and whether the pay cycle is smooth or choppy. Then, after looking for bills due in the next week or two and analyzing recent spending, it moves an amount it judges the customer won’t miss to a savings account. The company makes money from the interest rate it gets on account assets.

Digit announced today that it will be the first savings bot on Facebook Messenger’s platform, so users can just use Facebook to communicate with it.

Source: A Siri for Your Finances? Digit Says Trust Me – Bloomberg

With TravelersBox, turn foreign change at airports into digital currency and iTunes credit