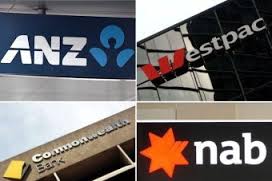 Incumbent banks throughout the world are bracing for the loss of almost a quarter of their revenue to financial technology disrupters during the next five years, a global survey by PwC has found.

PwC’s global fintech report, published on Tuesday, finds 95 per cent of bankers believe at least some of their business will be given up to fintech players in the coming years. PwC’s Asia Fintech leader, John Shipman, said he was surprised the number wasn’t 100 per cent.

“Almost all of the financial services clients I’ve spoken to acknowledge that fintechs either now or very shortly will have the ability to disrupt the majority of their business,” Mr Shipman said.

How established business leaders are dealing with the forces of technological disruption will be a major theme at The Australian Financial Review Business Summit in Melbourne, presented by BHP Billiton, on Tuesday and Wednesday.

PwC’s survey tapped the thinking of more than 500 respondents from 46 countries worldwide. Consumer banking, fund transfers, payments and wealth management were cited as the sectors where disruption will be most pronounced.

Source: A quarter of bank revenue may be lost to disrupters: PwC