Westpac is the world's best at mobile banking says Forrester 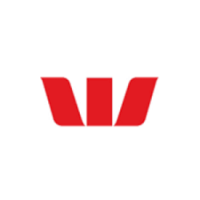 Westpac is the world’s best at mobile banking says Forrester

Westpac is the world leader in mobile banking functionality, according to a global rating from Forrester Research. In Forrester’s annual Global Mobile Banking Benchmark, the bank — one of Australia’s Big Four — scored an impressive 86 out of 100 in the evaluation. The global industry average was 65.

It was just ahead of last year’s winner, CaixaBank, on 85. Indeed, all of the Big Four banks from Australia were rated by the research company, with Commonwealth Bank and NAB both scoring well.

ANZ, however, fell well below the global average, with a score of only 44.

The benchmark assessed the retail mobile banking services of 46 large retail banks across four continents on 40 criteria, with a global average score of 65 out of 100.

Westpac is strong in every category. The bank earned the highest score in the transactional features category and did particularly well in its range of touchpoints, account and money management, and marketing and sales.

It is one of the few banks to enable near-field communication (NFC) contactless mobile payments. The bank has also rolled out innovative features — such as letting customers take pictures of their credit cards to activate them.

The researcher made three key observations about the mobile banking experience down under:

Source: Westpac is the world’s best at mobile banking says Forrester – Which-50

Quantifeed Raises US$4.5 Million in Series A Funding