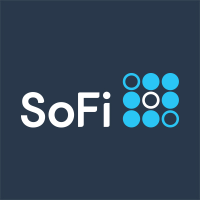 One of the best-funded financial technology companies in the US, SoFi, is preparing to launch in Australia to offer mortgages in direct competition with the banks.

In recent days, the San Francisco-based SoFi has used LinkedIn to advertise for a manager of mortgage operations, based in Sydney, along with an operations manager and a marketing manager.

The pending opening in Sydney would be SoFi’s first office outside the US, where it has funded more than $US7 billion in student loan refinancing, personal loans and mortgages since it was founded in 2011. Over the past two years, SoFi, which used to be called Social Finance, has raised $1 billion in new equity funding and grown staff numbers from 200 to 700.

SoFi declined to comment on its plans for Australia.

The desire of SoFi to break into Australia’s $1.5 trillion mortgage market will be closely watched by Australian banks given home loans comprise the majority of their assets.

While fintech disrupters are nipping at other parts of banking such as personal or business loans, and some fintechs are working at the edges of the mortgage market by setting up new broking platforms, no fintech start-up has directly targeted banks’ mortgage lending books.

The job advertisement for the new mortgage operations manager said the successful candidate would be “responsible for building out an in-house mortgage customer service and underwriting operation to serve SoFi’s new mortgage business line”.

SoFi, which has been profitable since 2014, was initially established as a peer-to-peer lending platform for US college loans, allowing students at prestigious universities to borrow from well-heeled graduates of the same unis at rates lower than what are typically offered by US government schemes. It then began to expand by offering its student customers car loans.

SoFi has moved away from the P2P model – its funding now comes from securitisation markets and on-selling loans to institutions and banks – and it has continued to expand into other financial services including mortgages, wealth advice and, most recently, life insurance.