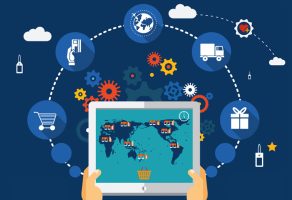 Keeping in sync with Government of India’s vision of cashless India, NDTV and Mastercard joined hands to launch the Cashless Bano India movement. The campaign aims at accelerating the adoption of digital forms of payments through an on-ground and TV campaign that will educate the masses about digital payment solutions and encourage its usage for everyday spends. This campaign will work with partners in driving behavioural change and spread awareness on the importance of digital payments to millions across the country.

The campaign was launched through a high decibel panel discussion focusing on the need for a robust digital payments ecosystem in the country. Cashless Bano India would also extend to Tier-II and Tier-III cities through on-ground educative sessions aimed at reaching public-at-large as well as merchants with the support of Confederation of All India Traders (CAIT).

Speaking on the initiative, Amitabh Kant, CEO, NITI Aayog said, “The Government has been aggressively driving Sthe push to a less-cash society, bringing a number of policy reforms and initiatives. The vision is to make India lead the world in the evolution of payment systems with technology paving the way. Initiatives like Cashless Bano India will further propel the efforts in bringing a behavioral change towards digital payments and further help in the penetration of digital payments to the last mile.”

“With digitization becoming a part of our life in more ways than one, cashless payments are the future of our country. While the benefits of digital payments to the nation and to individuals are obvious, many roadblocks to speedy implementation still remain. This brain storming session with all stakeholders including the government, bankers, traders and the aam aadmi hopes to charter a blueprint for secure and simple cashless transactions to help build a better India”, said Vikram Chandra, Consulting Editor at NDTV.