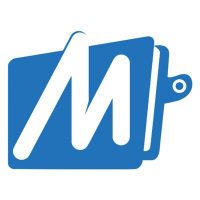 Indian mobile payments and digital wallet firm MobiKwik says it is in talks to raise more funds at a level that would give the start-up a $1 billion (roughly Rs. 6,698 crores) valuation, as it pushes to forge new ties with banks and offer new financial services on its platform.

The company, which has raised about $80 million (roughly Rs. 535 crores) in funding so far, will likely see a new cash infusion in the next month, or two, founder and Chief Executive Bipin Preet Singh told Reuters on Wednesday, while declining to comment on how big an equity stake the company might be offering to sell.

Asked about MobiKwik’s valuation, Singh said, “We should be touching a billion (dollars) soon … in the next one or two months.” He declined to comment on which parties MobiKwik is in talks with or how much money was being sought.

Singh said the company, which will likely break even in the middle of 2018, was at the same time not in a rush to raise funds as it remained well capitalised.

India’s decision to ban high-value currency notes late last year led to a cash crunch that hurt all sectors of the nearly $2 trillion economy, but it boosted the use of digital payments led by e-wallet operators such as MobiKwik and its larger rival Paytm.