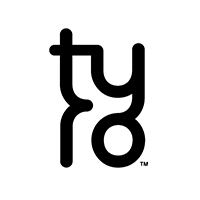 Schenkel has been hired by Tyro, Australia’s fast-growing nextGen banking institution, to run an ambitious growth plan and a strong public advocacy campaign.

“When someone of Gerd’s talent becomes available you grab the opportunity with both hands,” says current CEO Jost Stollmann.

“Now that Tyro has a bank licence and $100 million in new capital, Gerd joining the Tyro team as new CEO is the last piece needed to deliver very strong growth in the years ahead.”

Stollmann, the company’s largest shareholder, will continue as a full time executive director.

He founded Australia’s first home-grown digital deposit and mortgage bank, UBank, in 2008 which now has around $20 billion in customer balances.

He was also executive director and founder of Telstra Digital, worked for Boston Consulting Group and was Citigroup’s director strategy and business development for Australia.

Gerd Schenkel says he was attracted by a unique opportunity to build a new kind of organisation, delivering frictionless banking and access to debt for Australia’s SMEs and growth companies.

“Tyro is a new kind of company with a uniquely attractive culture, it’s a technology company that happens to be a bank, not the other way around,” Schenkel says.