Japan casts a wider net with its latest fintech initiatives 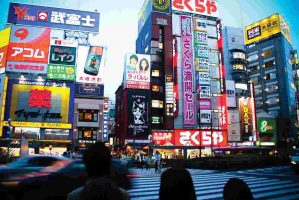 Japan casts a wider net with its latest fintech initiatives

Japan’s fintech efforts have largely focused on blockchain technology and cryptocurrencies, but now the country seems to be taking a broader approach toward the industry, as two new developments last week indicate:

Japan’s latest moves are part of a broader trend that stands to benefit APAC fintechs across the board. Competition between rising APAC fintech hubs has been heating up as cities boost their individual fintech efforts. And the growing number of fintech collaboration agreements between these nascent hubs likely reflects an effort on their part to neutralize the threat from competitors.

At the same time, the agreements stand to significantly benefit APAC fintechs themselves, as they promise to deliver greater regulatory cohesion between jurisdictions, making it easier for startups to expand in the region outside their home markets.