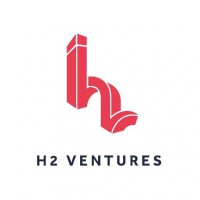 Investec Australia has taken a stake in the fintech accelerator H2 Ventures, a move the specialist lender believes will put it in the box seat to win work from entrepreneurs as they scale their businesses.

The amount of Investec’s investment in H2 has not been disclosed but is understood to be several million dollars. David Phillips, the head of principal investing at Investec Australia, will join the board of H2, whose only other two shareholders are the founders, brothers Ben and Toby Heap.

H2 plans to invest in 100 early-stage fintech companies over the next four years. Its model is to put $100,000 into each start-up in return for 10 per cent of the equity while bringing them into the accelerator for six months. It hopes about 80 per cent of the start-ups it supports will progress to a seed funding round.

While its investment in H2 will make Investec a shareholder in the start-ups, Mr Phillips said Investec was not seeking to import particular fintech models into its Australian operations. Rather, H2 would create a pool of new entrepreneurs that might turn to Investec for capital markets products and advice as the companies expanded.

“We don’t have a fintech strategy. We are backing Ben and Toby as entrepreneurs and we will benefit from the multiplier effect of them investing in other entrepreneurs,” Mr Phillips, who also heads Investec’s aviation financing division in Asia, said.

“Becoming a shareholder in their business gives us access to them, and the chance to participate in the ecosystem. It has always been in our DNA to back entrepreneurs.”

Macquarie considers US fintech deals, but 'risk retention' a worry