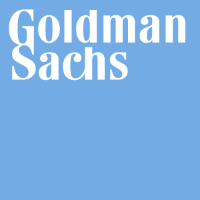 Interest in robo advice from financial services giants is ramping up as demand grows for low cost, online and simplified wealth management.

In another fintech-powered move towards its non-traditional market Goldman Sachs is looking to develop a robo-advice investment platform aimed at the masses rather than ‘the 1%’.

Robo advice is a broad term that encompasses low cost, online investment management mostly utilising passive exchange traded funds (ETFs). While the most well-known names in the robo advice space are independent disruptors to the traditional wealth management market such as Nutmeg and Scalable Capital, large financial services incumbents are also rushing to launch their own propositions.

While Goldman Sachs has not confirmed the news, the basis of which is a job advertised by the firm and reported by Reuters, it has not denied it is doing do so and has declined to comment on its plans.

The new job advert for its robo advice push suggests that the new platform will sit within the bank’s fast growing wealth management business, which has nearly $1.4trn of assets under management.

It is not the first foray into the mass market via fintech for the firm, however. Last year Goldman Sachs shocked many commentators with the news that it was launching an online lending platform, called Marcus, targeting Main Street rather than Wall Street.

Coinbase has added margin trading to its bitcoin exchange