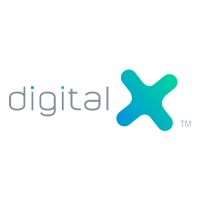 ASX ANNOUNCEMENT: DigitalX Limited (ASX:DCC and “the Company”) is pleased to announce that Telefónica Internacional S.A.U. (“Telefónica”) is the Company’s first strategic partner in Latin America following the successful integration of the DigitalX AirPocket App into Telefónica’s network.
The mobile phone giant signed a marketing, distribution and sales agreement with DigitalX, which was announced to the market via the ASX on 17 February 2016, that will give Telefónica’s Latin American customers access to DigitalX’s unique value transfer and remittance application, AirPocket.
Telefónica, which has nearly 232 million telecommunication access points in Latin America, is one of the largest telcos in the region and is among the top five biggest telecommunications groups in the world. The partnership with DigitalX paves the way for the mobile application to be launched in the United States before the end of the month on Apple’s App Store and Google Play.
The strategic agreement allows consumers in the United States and Canada to use AirPocket to transfer funds directly into mobile phone accounts of users on the Telefónica network in Argentina, Colombia, Costa Rica, Ecuador, El Salvador, Guatemala, Mexico, Nicaragua, Panama, Peru and Uruguay. Additional countries will be added as part of the broader roll out.
The revenue potential from the partnership is significant to DigitalX as the Company earns a commission on the value of the transfer, which can range between US$2 and US$70 per instance.
“Our partnership with Telefónica is a significant development for our Company and the AirPocket application. The agreement with a Tier 1 telecommunications provider puts AirPocket into a very strong position. Telefónica provides access to a very large and lucrative market given that the telco controls a large percentage of the mobile phones in Latin America,” said DigitalX’s Chief Executive Officer Alex Karis.
“To be able to partner with a company like Telefónica validates AirPocket’s enormous potential as a secure value transfer and digital funds transfer service. We look forward to continuing to expand our offerings across this region.”
Oscar Namuche, Chief International Officer of Telefónica, commented: “Telefónica is always aiming to expand its digital channels beyond borders adding further value to our customers. This partnership will enable millions of Latin American expatriates who have access to a smartphone to send Movistar airtime to their home countries in an easy, clear and transparent way, so they can continue to contribute to their home and families.”