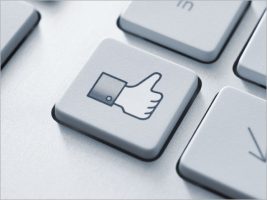 The professional association for Australia’s ICT sector specifically praised the Government’s commitment to the National Innovation and Science Agenda (NISA), along with improved FinTech regulation, cybersecurity funding and support for small and medium-sized enterprises (SMEs).

“The announcement of the NISA in December 2015 was a pivotal moment for Australia’s digital future, and seeing the funding confirmed in last night’s budget delivers certainty and ensures these initiatives will help build a strong platform for Australia’s future” said Anthony Wong, ACS President.

The ACS said it was “pleased” at the “sensible approach” taken to FinTech regulation in the Budget and the confirmation of funding for the Government’s recently announced Cybersecurity strategy.

“The idea of having a regulatory sandbox will help encourage innovation and experimentation from new businesses, and recognises that disruption is driving the FinTech space.” Wong said, adding: “Cybersecurity is both a threat and opportunity in the digital economy and the ACS is pleased to see the high priority the Government is placing on this issue.”

Budget 2016: An opportunity for Investors to embrace Automated Investment Advice