One of Europe’s top bankers is joining a bitcoin start-up. Antony Jenkins, the former chief executive of Barclays, has joined the board of Blockchain, a London-based start-up that provides services related to bitcoin and cryptocurrencies. The company, named after the basic technology that creates the shared network used to move and track bitcoin, raised $US30 million ($40m) in an initial fundraising in 2014. Blockchain software has been used by other bitcoin firms, such as Coinbase, as well as its own app and website service for consumers to buy and sell digital currency. It is also developing tools for using bitcoin’s underlying technology for things such as tracking identity information or […] 5 enterprise-related things you can do with blockchain technology today

Diamonds. Bitcoin. Pork. If you think you’ve spotted the odd one out, think again: All three are things you can track using blockchain technologies today. Blockchains are distributed, tamper-proof, public ledgers of transactions, brought to public attention by the cryptocurrency bitcoin, which is based on what is still the most widespread blockchain. But blockchains are being used for a whole lot more than making pseudonymous payments outside the traditional banking system. Because blockchains are distributed, an industry or a marketplace can use them without the risk of a single point of failure. And because they can’t be modified, there is no question of whether the record keeper can be trusted. […] 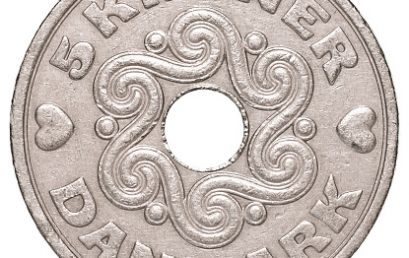 There’s a growing number of central banks questioning the point of printing paper money. In Denmark, the wardens of cash are now looking into producing a virtual currency instead, which they predict will make crime harder and oversight easier. The Danes aren’t alone. Britain and Sweden are blazing a trail in Europe. Singapore and Canada have already tested blockchain-based currency systems for internet payments. Governor Lars Rohde, whose job as of next year will no longer include overseeing a cash printing press in Copenhagen, says pros include lower transaction costs. But the risks are considerable. It’s uncharted territory, and the potential unintended consequences have the scope to upend the economy. […] Blockchain could finally drag Wall Street recordkeeping into the 21st century, but before they’ll use it financial firms want to know their data will be kept secret. The startup run by former JPMorgan Chase & Co banker Blythe Masters says it’s found a solution. The version of blockchain that powers the bitcoin currency is wildly transparent, recording each transfer of bitcoin from one person to another in a public database anyone can tap into. But such openness is anathema in finance, posing a conundrum for Wall Street firms otherwise drawn to digital ledgers because they could simplify and speed up recordkeeping. Digital Asset Holdings, where Masters is chief executive officer, […] 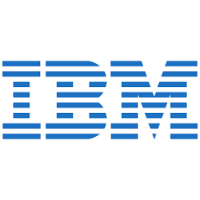 Tech giant IBM has been working on making itself a global leader in developing blockchain use cases for financial services, and on Wednesday, it announced yet another project. IBM will develop a blockchain-based supply chain finance solution with Mahindra Group, one of India’s largest conglomerates, according to Bezinga. The new platform will use a permissioned blockchain and be designed to optimize processes involved in supply chain finance, with particular emphasis on invoice discounting. Supply chain financing is typically laborious. Many transactions between suppliers, buyers, and any financing parties involve paper invoices that have to be mailed and require the manual inputting of documents into each participant’s respective system. This greatly […] 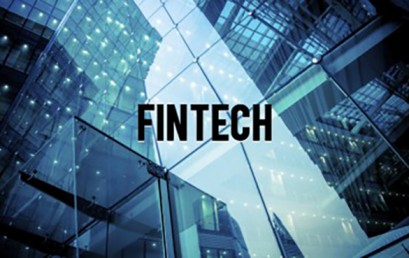 Fintech firms get chance to grow up as US offers charters

Over the past decade, there’s been an explosion of Silicon Valley start-ups and technology companies that act like banks. Now, a key US regulator is inviting them to be regulated more like traditional lenders. The Office of the Comptroller of the Currency said on Friday it plans to start accepting applications from fintech companies for a special charter that would formally subject them to federal banking rules. Companies that become chartered will get the benefits of being an established company in the eyes of the government. But they will also face anti-money laundering controls and consumer protections that apply to other lenders, the OCC said. “Preferences and needs of consumers, […]

At last week’s fintech festival in Singapore, two announcements illustrate the speed at which the world of digital currencies is moving and how the future of money is set to be reshaped by the forces of technology. First, the Monetary Authority of Singapore – which organised the event attended by 11,000 delegates from 50 countries – said it would trial its own digital currency for interbank payments using blockchain technology. Second, consulting firm PwC unveiled a new platform, called Vulcan Digital Asset Services, to provide banks and governments with confidence to explore cryptocurrencies after they were sent scurrying from bitcoin when it became apparent it was funding part of the […]

Fintech company SETL has developed the card with global auditing firm Deloitte. Customers of the UK’s Metro Bank will soon be able to use a payments card that utilises blockchain technology. The card, which is being developed by Deloitte and fintech company SETL, is intended for the retail sector, the aim being to reduce the cost of processing merchant payments compared to credit and debit cards. The service could launch as soon as early 2017. SETL CEO Peter Randall said the card will update the balances of both the retailer and the customer in real-time. “What this allows people to do is to effectively make a payment from their account […]