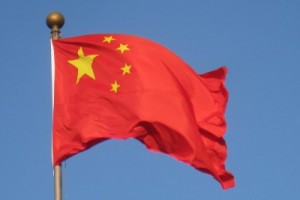 Trade Minister Steve Ciobo will lead one of the country’s largest business delegations ever assembled to Australia Week in China, this year held across several Chinese cities.

The aim is to highlight commercial opportunities in various business sectors, ranging from agribusiness and finance to education and food.

They share the challenges and the opportunities of doing business in China, as well as the importance of “guanxi” — a concept largely credited to the Chinese and their approach to networking and relationships.

What inspired you to do business in China?

China is one of largest and most important financial services markets in the world. – Alex Scandurra, chief executive officer at Stone & Chalk.

Stone and Chalk is all about fostering Australia’s “fintech” ecosystem.

Take online alternative finance for example — according to research from KPMG, this market saw over $US100 billion of investment in 2015, compared to just $US348 million in Australia.

China has some of the world’s largest and influential fintech companies and is going to be one of the most exciting markets for fintech going forward.